Nauryz is the main holiday of the year for both Kazakhs and many peoples of Asia, celebrated for more than five thousand years.

In the spring at the turn of 595 and 594 before the most ancient New Year, the King of Media Kyaksar, invited the Scythian leaders, led by Madi to a feast. When the guests, having lost all caution, got drunk and fell asleep, the Medes slaughtered them. The Medes Persians themselves perceived this as the greatest victory, since they got rid of their terrible enemies. The Scythian army, having lost its commanders, fled into their steppes. Since then, the spring festival of the Sahei or Nauryz, which coincides with the day of the spring equinox, is celebrated in the countries of the Middle East. It was on this day that the victory over the sleeping Saka leaders was won by the insidious Persians.

The name of the holiday “Nauryz” consists of two ancient Iranian words “nou” (new) and “ruz” (day). Nauryz celebration has pagan roots; it is a holiday of spring, renewal of nature, the beginning of a new year, new life. In Kazakhstan it is celebrated on March 21-23.

According to the mythological ideas of the Kazakhs on the eve of the holiday Nauryz happiness walked around the land, so the night before the holiday was called the night of happiness, that is Nauryz is the day of arrival to the land of good, light, when flowers bloom, birds sing, the steppe is covered with lush green grass, streams begin to flow; Nauryz is the day when the good is established on the Earth.

Therefore, the Kazakhs treated (and still do) the meeting of the New Year very responsibly, began to prepare for it in advance, put in order the economy, cleared ditches, cleaned the house, dressed clean elegant clothes, prepared a rich table, and as a sign of the wishes of the harvest, abundance, rain, and milk, all the empties, bins, pens, pots and other containers in the house were filled with milk, spring water, ayran and grain. After all, according to the signs, the way you start a year, the same way you spend it.

Nauryz is a very symbolic holiday and, accordingly, many traditions and customs are associated with Nauryz. Kazakhs called “Nauryz” not only the holiday, but the whole month of March. Children born in this month were given names derived from the word “Nauryz”, for example, boys-Nauryzbay or Nauryzbek, and girls-Nauryz or Nauryzgul, etc.

Festive dastarkhan was covered in every house. Before and after the meal, the Mullah read prayers in honor of the ancestors. Then the eldest gave a blessing (bata) to ensure a happy and prosperous year.

Nowadays Nauryz has become a national holiday of spring, labor and unity. This holiday is equally dear to all people living in multinational Kazakhstan. Ancient holiday Nauryz harmoniously transformed into modern life, preserving the continuity of ancient traditions.

It is still a tradition to set up yurts (historical nomad houses) and make festivals in the cities and villages.

Baursaks (a type of fried dough food consisted of milk, eggs salt, sugar and yeast), Beshmark (traditional dish among nomadic Turkic people) are there on the tables, but the main treat at the festive dastarkhan is the dish called Nauryz kozhe.  Nauryz kozhe is a ritual dish, a soup, which includes seven components: water, meat, salt, fat, flour, cereals and milk. The number seven in itself has a sacred character among the Kazakhs. Seven components of Nauryz kozhe mean seven elements of life.

For us, Nauryz is something special! This holiday represents love, spring and peace. We love participating in traditional contests and celebrations every year.

6 thoughts on “Spring Festival of Nauryz in Kazakhstan”

We are taking part in the Student Blogging Challenge 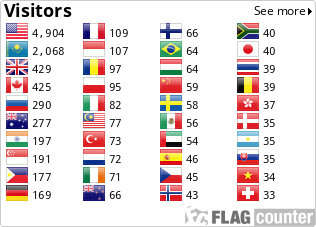